Hi guys! Wow, its been SO long since I've last written a blog post. I hope all is well for everybody. As far as I go, life has changed in many aspects throughout the years, but it's also the same in many others. Which doesn't say much, I know.

I'm not working nor in school and I haven't been in quite some time. Yeah, I know that's awful. 25 and still doesn't know her career path? Winner, winner over here! LOL. Actually a lot has mentally taken a toll on me throughout time. It's not an excuse, but i'll use it as one. After padre passed away it seemed like everything got dark. Like George on Grey's Anatomy said "I don't know how to exist in a world where my dad doesn't". I watched the man I thought to be invincible just stop living.

But again.. no excuse.

Lately I've been doing a little career research and they actually have a local adult school in the city I live in, which has a program for Medical assisting and also Practical nursing. I'm strongly considering joining. I'm thinking more along the lines of MA because it's a quick program, and they are always looking, as well as I'm not sure the medical field is something I want to have a career in long term.

The Practical Nursing program is only a couple thousand more dollars and if I get my foot in the door with that and decide the medical field is something i'd like to pursue a career in, I can continue education without any wasted time.

I don't know. It's a lot to think about. I'm going to make a decision come New Years.

Anyway, I've been wanting to start blogging again for a while and had a little time right now and thought I'd jump on and make my initial post. I'm back for now and hope I can stay this way and feel as inspired as I do currently. Ttyl <3

Posted by Simplyheather at 12:53 AM No comments:

Nobody Likes You When You're 23!

In this year since my 23rd birthday, I haven't had much of a social life or any fun. I can honestly say this is one year that I won't want to relive.

I am currently taking a cell phone break for a week. I will still text and make phone calls if needed, but I'm not going to just sit around with my phone in my hand. I am going to find entertainment with my arts and crafts, do some of the things I've had on my to do list, and if that all gets finished, I suppose I will find free things to do around town. I want to enjoy life again, not consume myself with modern technology. What's the fun in that?

Currently, I am on my laptop writing this blog post. I had this blog deleted but then I brought it back. It has been with me through the years and I may not use it as often as I'd like to, it's still my blog and once I get into the swing of living life again, I will be using it more frequently with pictures and updates. I'm excited.

anyway, I just thought I'd write a little update. Time to start being productive!

Posted by Simplyheather at 1:47 PM No comments:

Hello all - I'm feeling a little bit better since the last time I wrote. 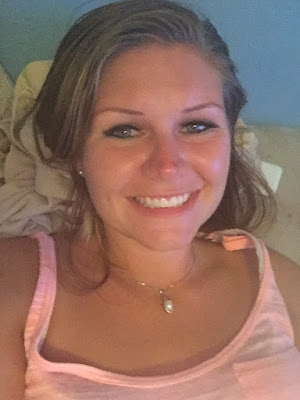 see, I'm smiling and what not. That's the magic of getting your eyebrows done, lash extensions, and some vitamin D!

Today is not a tanning day! It has been raining since I opened my eyes this morning. I've been in bed for the majority of the day playing on my phone. I'm currently watching the Little Mermaid. I hate that I'm not able to lay out my last day before going back to work, but they say it's healthy to have one day in bed once in a while. Today is my day!

I spoke with the landlord of the house that I'll be renting and he said that everything should be ready by Tuesday. I was able to get ANOTHER extension for the chickens until Tuesday so I'm really hoping this guy knows what he's talking about I am so ready to move.

I'm not too upset that I won't be starting classes on Summer 1 anymore. It will give me time to save a little bit more money and enjoy Summer before devoting my life to school and work. It will be okay. Everything happens for a reason. I'm still going to the online school presentation thing tonight to get educated on online classes. Gotta take notes!!

Alrighty well, I'm back to work tomorrow!! Hope everybody has a good rest of the week and weekend!! 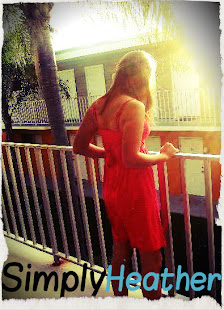